"You don't push people around without some people pushing back."

An exploration of dangerous "distractive" technology, its use in Uber (and any other) taxis, and why, oh why, is MADD Canada shilling for Uber? 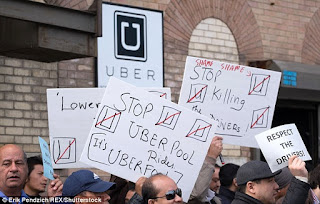 The explosion in the number of cabs on the streets is hurting amateur Uber cabbies as much as it is hurting their professional counterparts.

From the Stranger Danger File: 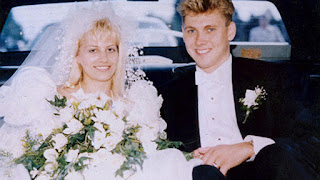 “On February 11, 2017 in the late evening hours the victim was in the downtown district with friends at a bar. The victim had a friend call for a car-sharing service to take her home. The victim later approached vehicles outside of the bar looking for her driver. (italics - mine)

The accused claimed he was her driver and the victim got into his car." (italics - mine)

Meanwhile, clueless politicians continue to make critical decisions based upon purely fictional imaginings of how the world really works.

According to an article in the London Free Press, (see here) a London Councilor said, "But the ride-sharing app that Uber uses means drivers and passengers already know each other even before they meet, and they rate each other as well — and that’s enough of a safety measure."

Update: February 19, 2017. The Councilor quoted in the LFP article sent me an email denying that he ever said what the LFP reported. "Btw, with respect to the quote you have attributed to me in your blog... I never said that," in which case I apologize to the Councilor. I consider it entirely possible that this could be just another example of the epidemic of fake news we have been hearing so much about lately. Still, if it wasn't that councilor's quote, it adequately represents the kind of nonsense we keep hearing from too many pro-Uber politicians.

And another Toronto Uber driver is charged with sex assault.

By the way, having a sticker in the window provides scant protection to vulnerable riders. Anyone can buy Uber stickers from Amazon.com.

What will happen to used car buyers when Uber drivers sell their vehicles?

"Thing is back in september i had a midsize american sedan and it use to burn normalish gas. I pay $4.2k for it used for 3 months, sold it for the same amount. What I lost was like 3 oil changes and the Tax ($800) and gas ofc but thats it. It had 200k klicks when i had it. It never had any problems. I made profit, enough to buy a full size executive. But with a full size executive, the gas increases, i still make a little profit."

I wonder if this guy informed the buyer that his car had been used as a taxi?

Finally, a message from Uberman:

Let Travis, and the world, know who the real asshole is.

Okay, enough of that.