Can't Get Away from Politics

So I have had my fill with trying to make sense of the political chaos that abounds today, especially after Trump seems to have finally collapsed under all of the peer pressure and started firing missiles around the globe like the WWIII maniac many of his opponents predicted he would be.

Ironically (perhaps, so far as it shows up in my periscope) most of his strongest opponents are now applauding the bastard, including that clueless teenager who inherited the Canadian throne. You can't make this shit up.

I said it before, in one of my status updates. I am not a Trump supporter. I am a Trump opposition opposer. Now I am seeing, in addition to the Prime Minister with the nice hair, vermin like Pelosi, Schumer, HRC, McCain, and many others applauding the guy. I suddenly find my own enthusiasm rapidly waining.

After all, what do you do when the Trump opposition are no longer opposing him? It's just too much to take.

Especially when the whole gas attack was probably perpetrated by Assad's opposers for the express purpose of causing such a response.

So anyway, I decide to close down my mind, get away from it all, and check out Netflix.

And there it was. My first response was surprise. The second was anger.

Is there no escape? 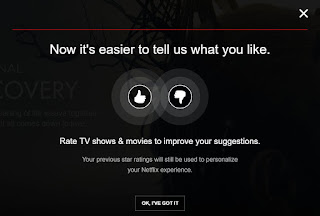