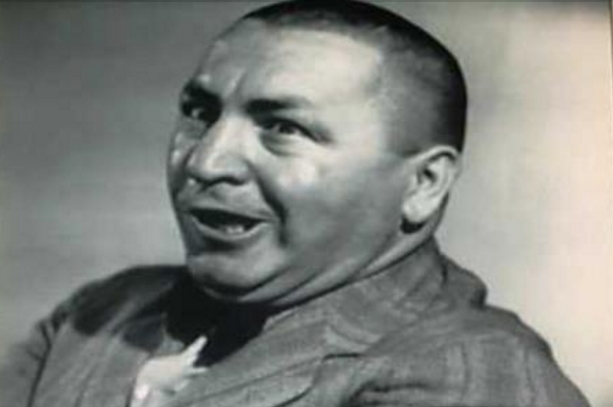 Strange things have always gone on in the Hamilton taxi business.

Believe me, I know. I have been in the biz for a long time.

Yesterday, I had to leave my personal car in the shop, so I figured that after I parked my cab in the parking lot at Highway 8 and Dewitt, I would try out Cab Company A's new app to see how great it is for ordering a taxi.

The first problem with the Cab Company A app is that it is slow to load.

Once it loaded, it showed a blue bar with white letters saying, "searching for the nearest cab."

It just kept on searching and searching. I was getting impatient.

While waiting for the app to locate a cab, I noticed that the address in the location box was incorrect. It had me at 170 Dewitt Rd. That would be the townhouses across the street. I would have liked to input the correct address, but I was in the mini-mall where the Tim Horton's and Mac's Milk are located. I have no idea what the street address for these businesses are. I could have done a google search on Tim Horton's and Mac's to find these addresses, but really? Isn't this new high tech system supposed to require nothing more than tapping an app? And Googling addresses, and messing around with your smart-phone location settings, and maybe even talking on the phone? WTF? I don't think a customer should be forced to do a bunch of research and phone configuration just to order a cab.

At this point, I wonder if it has occurred to anyone that this new way of doing things is pretty fucking stupid compared to the old-fashioned practice of just dialing a number and requesting a cab?

It would have been nice if I could have seen a text box or something in which I could type:

It makes me wish there were a more advanced technology that would allow the customer to talk to someone in the dispatch office and tell them,

which they could write down on a small slip of paper to hand to the dispatcher, who would then tell the driver to go to the,

But that's all so passé when all you have to do is tap an app and fuck around with your pick-up location.

Anyway, I decided to go ahead and order the cab, then try to wave at the driver when he arrived.

The only problem was that the app was STILL SEARCHING for the nearest cab. Apparently, there was not a single Company A taxicab anywhere in the east end of Hamilton.

I finally ran out of patience, so I decided to resort to Cab Company B's dazzling new app.

It loaded much faster than Cab Company A's app, but that was where the fun ended.

It also had the same problem with my location. It also placed me at 170 Dewitt.

Rather than fart around trying to discover the exact address I was at, I decided to go ahead and order the cab and flag the driver when he arrived.

So I confirmed the order by "tapping the app." Boy, that was fun! It told me that my driver was "Curly." (not his real name. Nyuk. Nyuk)

Even more fun was what occurred directly afterwards. I received a text message from Cab Company B, telling me,

"Your Cab Company B cab number ## is on it's way! You can track its progress by clicking the following link..... http://x.xx.xxxx. (not the real URL.)

I clicked the link and saw the image of the cab a couple of Km west of me. The estimated time of arrival was 7 minutes.

After a while, I noticed the cab was apparently not moving. "WTF is going on?" I wondered.

It got worse. The car finally moved, but it was going in the wrong direction. And the E.T.A. had increased to 8 minutes. Then 10 minutes and, finally, 11 minutes all while minutes were passing quickly past as I sat there like a smart-phone addled retard staring at my phone.

I finally said to myself, "This is fucking bullshit. I may as well start walking the 2.2 Km. home. If I see the guy on Hwy 8, I'll just flag him down."

So I started walking.

I pondered just using the old fashioned Luddite/Candle Maker version of ordering a cab by calling one of the companies, but the app had already told me that my options were limited to either "no available cabs" or Curly, who was driving in the opposite direction.

So I continued walking.

I had not gone far when my telephone rang. It was Curly.

This is how the conversation went down:

Curly (in a thick, uhm, German accent): Yes sir, did you call a taxi?

Me: I don't have a unit. The stupid app doesn't work very good, does it? I'm walking west on Highway 8 ... just west of the Mac's milk. Where are you right now?

Curly: (unintelligible) doesn't matter. I have a buddy who will come and pick you up.

After the call I thought that was pretty funny. Just tap an app and "maybe" the driver's buddy will pick you up.

So I kept on walking west toward home. I decided not to call Larry. He drives his cab for Uber.

At 1:19 A.M. I got a text from Cab Company B informing me that my cab "is outside." Curly, wherever he was by then, had apparently tapped the "on-site" or equivalent icon on his tablet, even though he was nowhere near the pick-up location. Curly was not being truthful. "Your cab is outside." Right. Outside of any possibility that I might be able to ride in it. Could it be one of those German colloquialisms, the meaning of which tend to get lost in translation?

A few minutes later, Curly's "buddy" (I'll call him Moe) actually showed up and drove me home. Poor guy. He had a German accent too. He didn't turn his meter on. When we got to my unit, he said, "just give me five dollars." I had already priced the trip out in advance and figured it was $8 and change, so I gave him ten and told him it wasn't his fault the system was such a joke. He earned it after having to hear me rant about how ridiculous the new app system is.

In case anyone gets the idea that Cab Company C (A.K.A. Uber,) is any better, having spent lots of time reading the Uber driver forums, I can tell you, it ain't.

The cab business is still the cab business. The task of matching up riders with drivers cannot be accomplished via computer algorithms and imprecise GPS readings alone. In the end, what it boils down to is the intelligence and resourcefulness of the front line employees, the drivers.

Though the brain-damaged app was seriously deficient in accomplishing its objective, the cab driver himself (Curly) resorted to one of his tried and true lifelines. He phoned a friend (Moe.) And, eventually, though not without some high-tech hassles, I got my ride.

All of this little story I have told you this morning leaves me wondering. If a semi-computer-literate taxi customer like myself, who nevertheless possesses some intimate knowledge of the street-level workings of the taxi business, has to go through such hassles to order a ride, where does that leave the drunks, the crack-heads, and the mentally ill riders who comprise a disproportionate percentage of the personal transportation provider (A.K.A. - Taxi) market?

Finally, in the event that any of you find yourself in the same position as I was when tapping an app to summon a ride, the address of the Tim Horton's in that mall is,

Oh. And if you think those insentient politicians who embraced, and fueled, this new and technologically wondrous taxicab dispatch system will be able to "fix" it, well, that is the biggest laugh of all.

I'm not going to go into another long winded rant on this flaming phony. Suffice it to say that only four minutes into this drivel and I already want to puke my guts out. How can anyone take this bozo seriously?