Why did the Chicken Not Cross the Road?

City of Hamilton goes Full Steam Ahead with its Obstruction of Traffic Agenda.

The buzz amongst Hamilton's cabbies last week was all about the new traffic obstructions the city has installed on Bay St. from Aberdeen Ave. down to Stuart St. A distance of 2.3 Kilometers has now been half decommissioned by the local government, led by local pot dispensary kingpin, and Burgermeister, Fred. 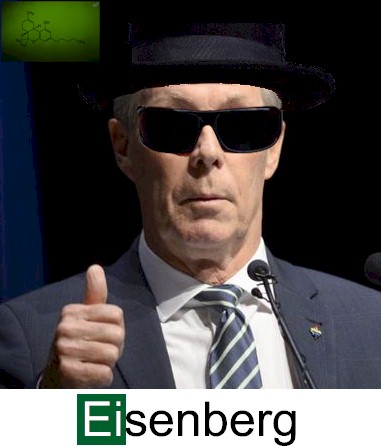 It usually came in the form of a question, "Have you seen what they've done to Bay Street?" followed by a rolling of the eyes and some rather profane comments about the quality of leadership in this city.

One driver stated that from now on, he will try to avoid Bay St. at all costs. In other words, he will join other drivers in clogging up the remaining arteries, and capillaries, of the city. This will increase the risks to Hamilton's more sensible cyclists who stick to the alleys and side-streets, trying to avoid taking their lives into their hands by obstructing streets that were designed for cars, back when Hamilton was "The Ambitious City."

The Burgermeister said, "It warms my Dutch heart." He's probably pining for a simpler age of windmills and wooden shoes, as are most other advocates of a return to pre-industrial living.

As with his claim that the city's sell-out to the Uber corporation was accomplished with "the backing of the taxi industry," the Burgermeister played fast and loose with the truth again. 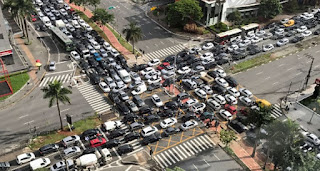 "It doesn't cost any money," he said, with a straight face, ignoring the fact that it wasted about $295,000 that the Ontario government borrowed, then gave to the city to be pissed away on this mind-boggling horseshit, not to mention the wasted time and fuel imposed on Hamilton's more serious residents who have real jobs, and are just trying to get to work.

His second statement was even more ridiculous. It "doesn't pollute the air."

If he is not aware of the fact, someone should inform the Burgermeister about the invisible stuff that comes out of automobile tailpipes. 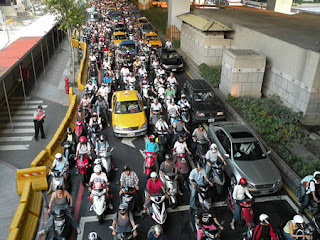 The creation of vehicle exclusion zones (VEZs) on city streets creates unnecessary idling which increases the amount of pollution.

Finally, the Burgermeister says "I get exercise." WTF! Is he too cheap to buy a fitness club membership? He'd rather waste the money borrowed from Ontario's children?

And besides, I very much doubt that Fred will actually ever make much use of these VEZs, at least not outside the hours of 3:00 A.M. to 5:00 A.M., when the odds of him getting angry looks, curses, and middle finger salutes from frustrated drivers stuck in the artificial muck he so enthusiastically supports are lowest. 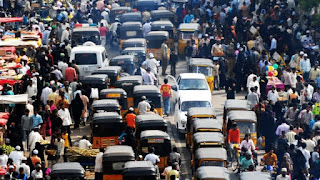 I have yet to see him traversing any of the other VEZs. Maybe he disguises himself as a crackhead, with a fake Appalachian beard and some Swastika tattoos, in a tattered denim jacket, on a stolen bike, so he'll fit right in with the other three guys who actually use those lanes.

Still, he does make the claim that he is, "all about that," so if anyone sees him using one of these VEZs, please let us all know by leaving a comment below.

That car that now isn't beside you is now in front of you, you idiot! Idling and spewing legislatively mandated effluent into the neighboring homes and apartments. And the bike that is blocking the car in front of you isn't reducing the number of cars on the road either. It's just fucking up traffic.

To make matters worse, the odds that you will see a bike beside you in the VEZ, while you are idling away, are pretty slim. 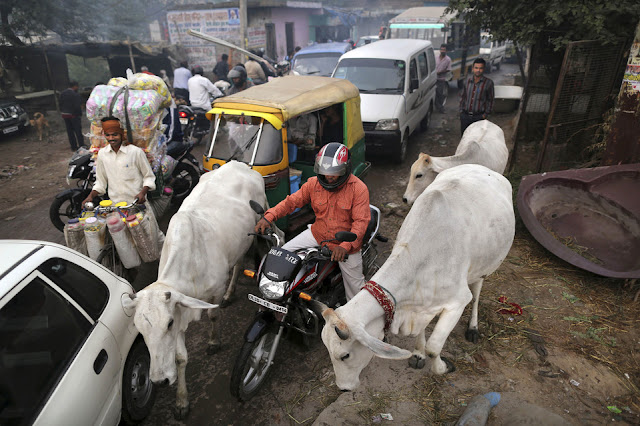 But a cyclist heading south is basically screwed.

You just know that you come from a different generation when you read this complaint from prominent bicycle supremacist and autophobe, Ryan McGreal. (Raise the Hammer.) His motto should be "Make Hamilton Primitive Again." 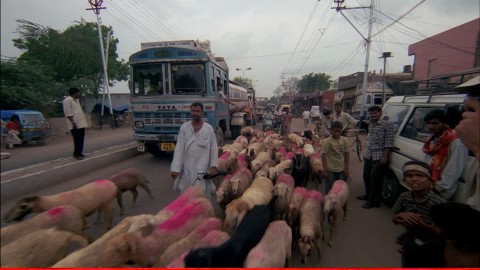 It turns out that Mr. McGreal is not happy about the new VEZs.

"The inevitable frequent presence of parked vehicles blocking the Bay Street lanes will act as a serious deterrent to a great many people who might otherwise be willing to use them."

One of his sycophants sent him a couple of photographs of vehicles parked in the bike lanes. According to Mr. McGreal, "These trucks blocking the bike lane are bad enough for a cyclist traveling north on Bay, who can at least veer out into the adjacent driving lane to pass around them. But a cyclist heading south is basically screwed."

I was born in the 1950's and rode my bicycle all over Hamilton in the 60's and 70's. Whenever I encountered a parked vehicle blocking my path, I rarely, well actually never, felt "screwed." I just went around it. I think my generation had a gift that seems to have been bred, or "educated" out of successive generations. If they don't have some government signs or lines on the road giving them guidance they freeze in terror. 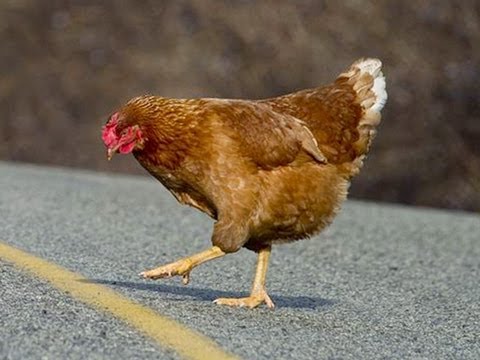 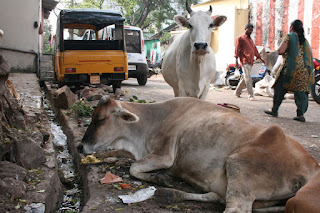 I know. The wise politicians of Hamilton will come up with a perfect solution. They will mandate that arrows be painted on the sidewalks instructing wheelchair users to congregate in specially designated wheelchair pickup zones.

Or maybe they will just add a third VEZ, between the traffic and the bike lanes. I have already seen numerous incidences of wheelchair users impeding bicycle traffic on Cannon St. I am not aware of any complaints about that, so far, from McGreal et. al.

You know, I really wonder about Mr. McGreal sometimes. Canada is a very big country. Only a tiny percentage of its land is occupied by modern environments. There is so much auto-free territory in this country where he could move to without ever having to be insulted by the image of a parked moving truck or wheelchair van. Why doesn't he just move?

Why, instead, is he so insistent that everyone else be forced to confirm to his preferences?

This whole issue isn't about cleaner air, or healthier transportation options. It's about political power and leverage. 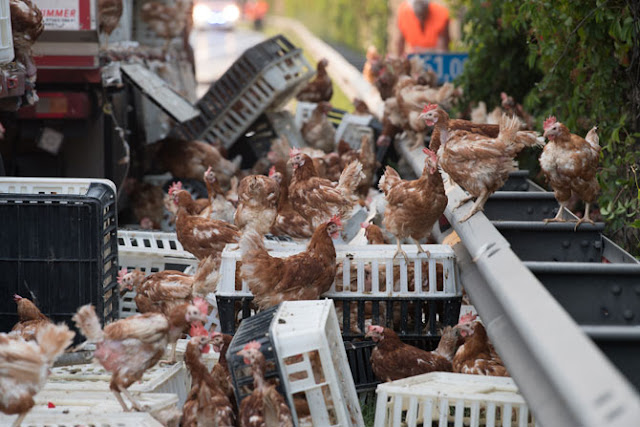 Hamilton Politician's "Vision" for the Future

Something I wrote about 20 years ago when all of this street vandalism was adopted by the local political elites.