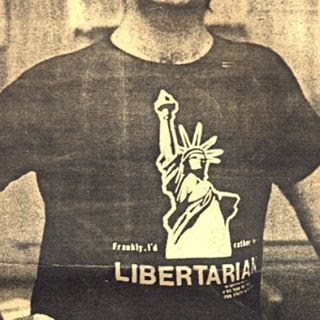 I read another ridiculous article in the Hamilton Spectator (Wednesday, Feb 27, 2013) about the ongoing Two-Way street conversion debate, currently wasting precious ink, which was replete with the usual mental squeeze chute drivel I have come to regard as typical of that particular purveyor of information and ideas.

I was going to write a rant about it and then I remembered that my esteemed colleague, Professor Schnickenkeimskivishenzochung, had already done so.... about 16 years ago.

So, I think I will take a break from ranting for this morning and let Professor Schnickenkeimskivishenzochung have the floor.

The downtown core in the city of Hamilton has been declining for some years now.

Take a walk along King Street and you can't miss the depressing sights of the stores and small businesses.... once bustling with commercial activity...now sitting vacant... with no customers... and only ghosts collecting taxes.

Sure, there are a few places still hobbling along, here on King Street.... as the photo (right) shows. But anyone who has lived in Hamilton for a while knows it used to be better.... much better !

Well, have no fear Hamilton, things are going to get better. You see, we have a whole crew of brain surgeon types working on new plans to revitalize the core!

What are some of the ideas these brain surgeon types are coming up with?

In an article in the Hamilton Spectator Ken Peters gives us a great example:

"Hamilton politicians believe a call to make King, James and John two-way streets again is headed in the right direction.

The return of two-way traffic to the three main thoroughfares after nearly 40 years would occur by this summer if a citizens' lobby group has its way. The streets have featured one-way traffic since 1958.

The group says it may make a case for turning Main Street into a two-way thoroughfare in future.

The move to two-way traffic is expected to create greater traffic congestion in the core, thus creating a more pleasant atmosphere for pedestrians while improving storefront visibility and tourism opportunities."

Well whaddaya think of THAT gem! Two-way traffic is expected to create greater traffic congestion in the core, thus creating a more pleasant atmosphere for pedestrians! Yummy.... all those engines idling away... yup should create a mighty pleasant atmospherefor everyone.

You can just hear Fran calling up her girlfreind Megan to go shopping downtown, "Megan, I just heard the on the radio.... traffic's backed up for miles downtown... it's creating a really pleasant atmosphere for pedestrians. Why don't we go and do some shopping!"

Well, if greater traffic congestion is called for why stop at two-way streets? Why not quit repairing the roads!? Let those potholes proliferate. Imagine what a combination of two-way streets and potholes will do to revitalize the core!

Why, no doubt pedestrians will find the experience so damn pleasant they will begin to have orgasms. Hell, if the potholes don't cause orgasms then a few strategically placed road construction sites with cranes and huge craters should do the trick. Hamilton could become a tourist Mecca what with flowers on the traffic islands and massive, hair ripping, traffic jams in the core.

Alderman Marvin Caplan said in voicing his support for the concept.

Let's see if we can expand upon Mr. Caplan's thinking here. Mr. Caplan observes that successful downtowns, at least the ones he knows about, suffer from congestion. He concludes that congestion must be the reason for the success of these downtown areas and happily supports proposals to deliberately create congestion in Hamilton's core! See what I mean about brain surgeons?

I used to go to a lot of Rock concerts back in the 1970's. At every one there were line-ups and crowds of people jostling to get in to see the band. In other words, there was a lot of human congestion. In accordance with Mr. Caplan's thinking we can suppose then, these concerts were not successful because of Pink Floyd or Super Tramp or the Rolling Stones or what have you. No, these concerts were successful because of all the human congestion that occured around them.

"I can think of no successful Rock concert without crowds" we can easily imagine him saying. Clearly then, if the line-ups and crowds were there, even Fishin' Wire Eddy could become a flipping millionaire! This, of course, begs the question, "If we want to make Fishin' Wire Eddy a millionaire how do we attract the crowds?"

Create conjestion and everyone will rush downtown to visit places like the ones shown here. These are just a couple of examples of the community which extends

over most of Hamilton's Barton Street. Barton Street never had to worry about losing it's "vitality" due to efficient traffic flow... it has been a two way street all along.

Can anyone guess where Bob "Flower Power" Morrow perches on this issue?

"I am convinced on the philosophical side and from the nuts-and-bolts side that it makes a whole lot of sense. I think it is one good ingredient to the recovery of the downtown, and this could be a tremendous shot in the arm."

Maybe we can get Hamilton's core to look something like this, (left) section of Barton Street, ey Bob? Just another example of the "Nuts and Bolts" of two way traffic. Perhaps Sheila Baby will turn the "Closed" sign around.

And really.....the philosophical side? Excuse me but is this guy for real? What is the "philosophical" side of this issue? If anyone knows please leave a comment in the box below! I suspect it relates somehow to the fashionable leftist notion that the private automobile is evil and any government action to make driving unpleasant is therefore laudable regardless of whether screwing up traffic revitalizes so much as a single abandoned warehouse.

"Group member Helen Kirkpatrick, a founding member of the Greater Downtown Development Corp., a defunct advisory group, says the two-way plan has the backing of the Hamilton-Halton Homebuilders Association, Durand Neighbourhood Association, Hamilton Society of Architects and International Village Business Improvement Area. The proposal was a key element of the Hamilton Downtown Ideas Charrette report presented to city council in October by the Hamilton Society of Architects."

Another shot of the vibrant two-way Barton Street (right) leads one to wonder whether any of the members of the groups mentioned above have ever visited a two way street.

Jonathan Diamonds, evidently, is located on a section of Barton Street that was not sufficiently congested even though traffic does indeed travel in both directions in front of it. Perhaps the owner should have requested a stop sign in front of his property. Or maybe he should have hired a fake road construction crew to hang around out front having coffee breaks after digging a gaping hole in the road. Surely then a whole army of frustrated drivers would jump out of their cars to take advantage of the pleasant atmosphere for pedestrians thus created... and they'd also be overcome by a sudden urge to do some shopping, no doubt!

Ms Kirkpatrick said civic politicians must choose whether they want the core to be a street-friendly place or a thoroughfare for quick-moving vehicular traffic. "It comes down to a choice. Are our people a priority or are cars a priority?"

What the heck is "street friendly" supposed to mean? It's probably just another Spec typo. She probably said "people friendly." Who cares... it's a load of hogwash anyway.

It really does seem as though everyone who advocates a return to two-way traffic clog suffers from mental caplitis (irritation of the caplan wrought by inflamation of the colon). Ms. Kirkpatrick clearly sees quick-moving traffic and "street-friendliness" or "people friendliness" as mutually exclusive values. Slow traffic down, she seems to believe, and hoards of happy pedestrians will suddenly descend upon the core and start buying stuff.

The boards will come off the storefronts and the bums will find other hangouts as everyone rushes from Limeridge Mall, Eastgate Mall, the hundreds (thousands and counting?) of new establishments on the mountain and in surrounding communities.... as everyone rushes from these places into the core of Hamilton to take advantage of the pleasant atmosphere for pedestrians created by traffic hell!

"We see this proposal as not an end point but part of the beginning to the revitalization of the downtown."

Yeh right.... as the pictures here clearly show... the "revitalization" of Barton street started eons ago. I guess they forgot to go to the next step. Or maybe they would be satisfied with that vibrant community in the photo... the one in the black hat... taking advantage of the pleasant atmosphere and "street friendliness" here on one of Hamilton's longest two-way streets.

What's the next bright idea? A "Johnny on the Spot" on every corner?

And remember, if you get stuck in some horrendous traffic snarl in Hamilton next summer, just get out of your car as fast as you can. The sooner you become a pedestrian the sooner you will benefit from the pleasant atmosphere . That is, if you can find a place to park that doesn't cause an unpleasant atmosphere in your wallet....

Taxpayers ought to cringe as of this date (September 2005) since construction has now started on the conversion of James and John Streets, south of main to two way traffic.

It is well known these days that many Hamiltonian's incomes have remained static for over a decade. Hamilton's cab drivers are making less than ever even in dollar terms without inflation adjustment.

Woe to the poor soul whose life may depend upon seconds as the ambulance attempts to access St. Joeseph's Hospital emergency once the desired two-way gridlock has been accomplished. Mencken was so right.

Yet Hamilton's politicians remain committed to a monumentally stupid campaign of two way street conversion, a politically motivated but utterly hairbrained scheme which involves the squandering of MILLIONS of taxpayer dollars. All of this is happening while property taxes continue a never ending skyward trajectory.

It is time for Hamiltonian's to demand that the scope for municipal political action be seriously curtailed. Unfortunately, politicians presently have far too much local decision making leverage. Since they are spending money which is not their own, and therefore of little or no cost to them if the money is simply wasted, there is little incentive for truly prudent action.

If the local government were somehow constitutionally limited to picking up the trash and fixing potholes, instead of indulging their flights of fancy at taxpayer expense, they might even be able, though not without difficulty (given the evidence on our streets at present), to actually achieve some measure of competence in these very mundane, yet important, tasks. 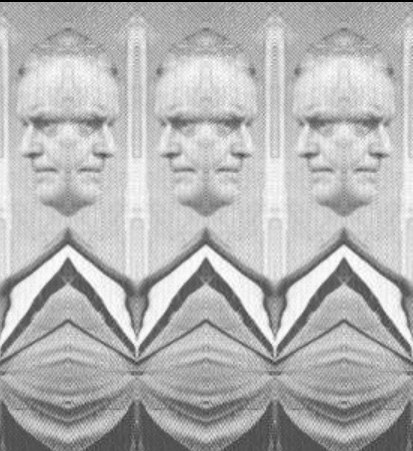 Read about the latest round of vandalism on Bay St perpetrated by Hamilton City Hall and its lobbyists.