Information Overload; and how to Counter It.

There is too much shit going on right now. I can't get my mind around it all. Buzz. Click. Information overload.

Until a minute ago, I would have attributed the term "Information overload" to Alvin Toffler. I read his Future Shock in high school, and for reasons I can no longer remember, I still count it as one book that strongly influenced me.

Curious as to whether "Information overload" had earned a place in today's lexicon, I googled it, only to discover that Toffler was not the originator of the term.

The term is popularized by Alvin Toffler in his bestselling 1970 book Future Shock, but is mentioned in a 1964 book by Bertram Gross, The Managing of Organizations.[4] Speier et al. (1999) stated:[5]

Ha! Explains why most politicians come across as being total idiots, especially when they opine upon subjects you are intimately familiar with, like, for example, Uber taxi politics. They've simply bitten off more than they can chew. And they are either too frightened, too stupid, or too dishonest to admit it. Or they actually believe they have the knowledge to sort things out.

“The knowledge of the circumstances of which we must make use never exists in concentrated or integrated form,” explains Hayek, “but solely as the dispersed bits of incomplete and frequently contradictory knowledge which all the separate individuals possess.”

I came to realize, right there, that this is not just about São Paulo. It’s about any city in the world. In fact, it’s about every social setting, large or small. It’s about the whole world. Only individuals possess the knowledge that nearly all social scientists — and bureaucracies — imagine that they can, must, and do possess. Anyone who seeks to control the social order is presuming that the unanswerable questions are already answered and proceeds from that point. Hayek is digging deeper to observe that we cannot possibly know what we must know if we seek to design much less rule the world. The knowledge is dispersed and, by its nature, uncollectible.

From a fucking brilliant essay by Jeffrey Tucker, which says, IMHO, the same thing I started out trying to say, only much better.

Now that the traditional media bottleneck, A.K.A. fakestream media has been exposed as irrelevant, it becomes more evident to the average "news" consumer, that the crud they are being fed is just that. Crud.

They trot out so-called "experts" to provide insight. They deliver nothing but hubristic horse shit.

Here is one insight I have to offer. People suffer and die as a result of decisions made by politicians. Maybe politicians are so wise and insightful that they can engineer balance between the suffering they impose, and the welfare checks they send out. But the way I see it right now says it's all bullshit.

The best piece of advice I can offer, in order to mitigate the effects of "information overload" is to tune out almost everything you hear from Corporate Media as being pure BS.

Focus instead upon your own hard-earned knowledge of how the world really works, and upon those sources of "news" that are not just trying to sell you cars, disability lawsuits, bankruptcy protection, or deodorant. 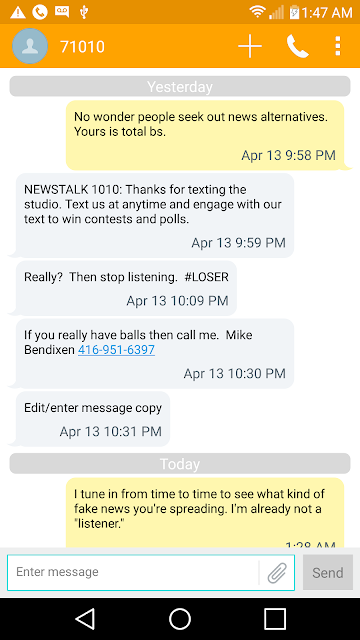 I’ve said it before and I’ll say it again. Our track record of intervening in Syria and the Middle East is terrible.

Wherever I look, I see amazing parallels to our own situation.