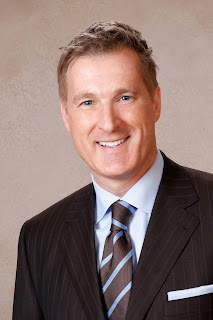 In "Why my new political movement?" Maxime Bernier mentions "Public Choice Theory." I remember when this was all the rage in the libertarian literature that I was reading back in the 1980's. (Like Reason Magazine)

It's easy to understand.

Concentrated interests, like egg producers, have a very strong incentive to maintain marketing boards because they make a huge financial difference - to them.

A Fraser Institute book I read (The Egg Marketing Board: A Case Study of Monopoly and it's Social Costs - 1981) explained, if my memory serves, that the cost to the consumer of maintaining egg marketing boards worked out to be the equivalent of breaking one egg out of every dozen.

Even today, at $2.27 for a dozen large eggs from Fresco, it's not a big enough expense to mobilize the public against the marketing board system. But that one egg per dozen represents a significant benefit to the producers. Therefore, they will organize and lobby strenuously for marketing board preservation.

Multiply the equivalent of that one broken egg from every dozen, across the entire Canadian economy, in all industries that recieve free money and other favours from an interventionist government, and it starts to add up to real money. In short, this system is ripping Canadians blind.

This is how when our boy king bloviates about preserving marketing boards as being equivalent to working in the interests of Canadians, I know him to be full of shit. (As with everything else he says.)

Maxime Bernier is a rare politician. He has the guts to stand on principle and to represent all Canadians, not just special interest voting blocks. It is no surprise, therefore, that his hero in real life is Ron Paul.

He's definitely worth serious consideration as someone who can make Canada great again.

No Welfare for Immigrants
at September 05, 2018