I have decided to write a script for a television series. The series is loosely based on the 1985 novel, "The Handmaid's Tale," by Margaret Atwood

Here is a broad outline of the story.

In the near future, fertility rates collapse as a result of the increasing feminization of men and the battle against climate change. With this chaos, the totalitarian, matriarchal government of Ovaria establishes rule in the post-nation of Canada, in the aftermath of widespread censorship on social media, huge subsidies to corporate media, and the subsequent re-election of Liberal governments.

Society is organized by power-hungry feminist leaders along with a new, military wing dominated by trans male athletes, pink-haired feminists with nose rings, and Antifa members. The regime establishes newly-created social classes, in which white men with inferior anogenital measurements are shamed into selfless servility, and by law are not allowed to do any kind of work outside of toilet cleaning, lawn mowing, and garbage disposal. Their earnings are taxed at 100% minus a small social credit allowance which allows them to procure soy products, lipstick, and sanitary napkins. For their education, they are only allowed to watch the CBC kids channel and, for instruction in science, Al Gore's movies.

The worldwide collapse in male sperm counts has resulted in the conscription of the few remaining fertile men in Ovaria for the continued production of human offspring. They are called Handymen. They are assigned to the homes of the ruling elite, where they must act as sperm donors for their female masters in order to impregnate them so they can bear children for themselves and their wives. 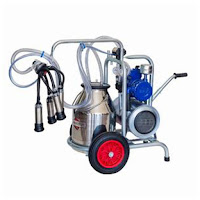 At first, there are huge line-ups of potential donors at all of the government sperm-testing centers until the law prohibiting heterosexual intercourse comes into effect. Once it is revealed to them that, contrary to their initial expectations, they would be hooked up to modified cow milking machines the line-ups dwindle to zero. The government solves this problem by enacting conscription.

Alongside the Handymen, much of society is now grouped into classes that dictate their freedoms and duties. Men are divided into a small range of social categories, each one signified by a plain dress in a specific color: Handymen wear red skirts with white aprons, Subanogens (who are grass cutters, garbage removers, and toilet cleaners, and are named after the distance between the anus and the genitals) wear pink, and Husbands (who are expected to manage the mundane affairs of their households) must walk around in mini-skirts.

Econohusbands, the lower-class men who still have minimal agency, are a sort of mixture of all these categories, and they wear black burqas. Male prisoners are called Unwomen and are worked to death digging holes and filling them back in again to create jobs and control the Earth's climate.

Another class of men, Uncles (who train and oversee the Handymen), wear brown SturmAbteilung uniforms. Additionally, the Eyes are social media platforms, cellphone service providers and credit card companies watching over the general populace for signs of incorrect thoughts, Hunters track down people attempting to engage in cash money transactions, and Jizballs are sex workers who copulate with sheep and chickens to entertain the ruling elites.

Justin Osborne, renamed Yackov, is the Handyman assigned to the home of the Ovarian Commander Freda Trudeau and her wife Serena Joy. Yackov is subject to strict rules and constant scrutiny; an improper word or deed on his part can lead to de-platforming.

Yackov, who is named after his social function, ("to Yack Ov"), like all Handymen, was married and had a daughter, a job, a bank account, and his own name and identity in the "time before he had to do the shopping with his co-handyman, Yerkov," but all he can safely do now is follow the rules of Ovaria in hopes that he can someday live free again and be reunited with his wife and daughter. The Trudeaus, key players in the rise of Ovaria, have their own conflicts with the realities of the society they have helped create. (!)

That's about all I have for now. I'm not sure of where to take it from here.

Maybe the characters get to the point where they start to think that the society they are living in is pretty fucked up and needs to consider going in a different direction.

But I am of the opinion that good fiction has to be at least somewhat believable.

How about this? There isn't a revolution. There is just a slow progression in the direction of the ideology which already got them to this point. And it doesn't intend to stop here.

And it takes another thousand years before sanity returns and things start to turn around again.

For the most part, that would be a long, drawn-out, and pretty boring story.

But at least it would be believable.

ARE WE TOO SMART TO BREED?